Welcome to the ninth instalment of my long-term BiOrbAir review.  I planted up my BiOrbAir, a specialised, automated terrarium, designed by Barry Reynolds, on 25th September 2014.  As this was the first time I had planted a BiOrbAir terrarium, I chose a variety of different plants and ferns to trial, so I could monitor how successfully these plants, each of which have differing requirements, would grow inside the controlled environment of this terrarium.  During my BiOrbAir review, I have naturally changed the planting inside this terrarium over time, in order to trial a variety of different plants – this terrarium currently features ferns, mosses, and miniature orchids.

Here’s an up to date photograph of this BiOrbAir terrarium, pictured on the 4th December 2016:

I hope that by breaking my BiOrbAir review into sections it will be easier for readers to digest and use, whether you’re considering planting up your own terrarium, or choosing suitable plants to create your own indoor garden.

I will regularly top up the ultrasonic misting unit with Humidimist, a pure bottled water, low in electrolytes, available from Reef One, and included as part of the package when you purchase a BiOrbAir.  The Humidimist is the only type of water recommended for use in the ultrasonic misting unit of the BiOrbAir, and it is the only product I will use.

Since September 2014, when I planted my BiOrbAir, apart from the feed I have given to the miniature orchids, which are mounted onto cork, (the orchids also receive extra misting) I haven’t added any other plant feed or fertiliser to the plants inside this terrarium.  I used the peat-free coir compost that came with my BiOrbAir for planting, I didn’t add any additional compost, fertiliser or growing media to the mix – I just used the BiOrbAir coir compost as it was, nothing extra was added.

I have used rainwater to fill my BiOrbAir’s base water reservoir – this rainwater, together with the capillary matting keeps the coir compost moist.  Naturally, I have only used the specially designed Humidimist to fill up the reservoir for the ultrasonic misting unit.  I have replaced the BiOrbAir terrarium carbon filter as required, following the recommendations on the BiOrbAir website.  I have documented any problems I have experienced, and any indoor gardening that I have carried out in my previous reviews.  I will continue to update this review in the same manner.

I mist my miniature orchids when I think they would benefit from some additional moisture, I don’t have a set pattern, or set days to mist the orchids, though I try to mist the orchids a number of times a week.  I have never misted these orchid more than once in a day, and I haven’t misted the orchids that are growing inside this terrarium, as often as seven times in a week.

To feed my miniature orchids, I use Orchid Focus Grow and Orchid Focus Bloom.  I purchased both of these fertilisers from the shop at The Royal Botanic Gardens, Kew.  I feed my orchids sparingly, following the instructions on the pack.  These miniature epiphytic orchids wouldn’t naturally receive an abundance of nutrients in their natural environment.  Over feeding can be detrimental to your plants, causing further problems.  These are the only fertilisers I have ever used inside this terrarium.

At the end of March 2016, during a visit to the The Botanic Gardens at Kew, I spoke to the orchid experts in the tropical nurseries, where I found out that Kew use strips cut from stockings to secure all of their epiphytic orchids.  Although I hadn’t noticed any problems from using the fishing line to secure my orchids so far, I immediately took the decision to remove the fishing line securing all of my epiphytic orchids.  Where necessary, I re-mounted my orchids, using small strips of material, cut from stockings, to secure the orchids in place.

For many years now, I have used stockings as ties for trees and other garden plants, with great success.  I hadn’t previously used stockings to secure my epiphytic orchids.  This was purely for aesthetic reasons – the strips of stockings, even when cut thinly, are very visible at first, and this does detract somewhat from the beauty of the orchids and the terrarium when viewed as a display.  However, I am certain that securing the orchids using soft, flexible strips of material cut from stockings is better for the orchids, and these plants are my priority.  When using this method – using strips of material cut from stockings, there isn’t any risk of slicing through any of the orchid roots, as there was when using the fishing line.

As you can see in my photographs, the stocking material does age and colour over time – making the material blend into the background somewhat.  The mosses inside my terrarium have also managed to grow over the stocking material, which has softened and disguised their appearance a little.

Recently I introduced a newly purchased Schoenorchis fragrans into my Miniature Orchid Trial BiOrbAir Terrarium, sadly this specimen was harbouring a number of pests, and during the short time that this miniature orchid was in my care, it declined visibly each day.  As I did not have an empty terrarium available to quarantine the plant, and I was concerned about introducing pests to the other orchids in my collection, I made the decision to dispose of this Schoenorchis fragrans specimen.

Currently I am uncertain as to whether I have inadvertently introduced any pests into my Miniature Orchid Trial BiOrbAir Terrarium, so for this reason, I decided to trial this new miniature orchid inside the BiOrbAir terrarium featured in this review, rather than risk including the orchid in my other terrarium, where it could be subject to pests and other problems.

You can see the full planting list which includes of all the plants that I have trialled growing inside the BiOrbAir featured in this review here, where you’ll also find the full details of all the nurseries and garden centres I used to purchase the plants, ferns, miniature orchids, mosses, and cork for this terrarium.

Currently the following plants are growing inside this BiOrbAir terrarium:

* I received a question from a reader in January 2016, who asked if my Aerangis fastuosa, might in fact be an Aerangis fuscata – a rarer miniature orchid, which is also from Madagascar.  When the Aerangis fastuosa arrived in the post, I had a question mark in my mind as to whether I had been sent the orchid that I had requested when I placed my order.  I referred to a number of library books on orchids and searched online for photographs of different Aerangis cultivars.  Currently I cannot say with any certainty which variety of Aerangis I have received – I have shown photographs of this orchid to a number of orchid experts from around the world, so far no one has been able to identify the specimen.  The best and easiest way to identify this orchid will be if it flowers.  I will continue to refer to this orchid as Aerangis fastuosa for ease of reference – as that’s how I have always referred to this plant, but I do hope to make a definite identification, if and when, the orchid flowers.

The three ferns that reside inside this BiOrbAir terrarium, were included in my original planting of this terrarium back in September 2014.  These three ferns – Asplenium nidus ‘Crispy Wave’, Polystichum tsussimense, and Nephrolepis exaltata ‘Fluffy Ruffles’ are very well suited to growing inside terrariums.  These three ferns thrive in the high humidity and the moist environments that terrariums create – I’d highly recommend these cultivars if you’re looking for ferns to include in your terrarium.

I have enjoyed watching some of the younger Asplenium nidus ‘Crispy Wave’ fronds start to change shape and develop the characteristically wavy form that this cultivar exudes, as each frond ages.

Schoenorchis fragrans is the newest addition to this terrarium.  I do hope that this miniature orchid will grow well inside my BiOrbAir terrarium.

This Ornithophora radicans specimen seems happy enough inside my BiOrbAir terrarium, but this miniature orchid, which I have been growing inside this terrarium for over a year now, flowered shortly after being introduced to this terrarium over a year ago, and has yet to flower for a second time, some fourteen months later.

This Barbosella australis specimen has yet to flower.  Though the plant seems happy enough, I wouldn’t describe this miniature orchid as one which has thrived inside the BiOrbAir terrarium.

This Restrepia seketii is my favourite of the Restrepias that I have growing inside this terrarium.  I hope it won’t be too long until this pretty little Restrepia is in flower again.

This Restrepia antennifera specimen is a rather chaotic looking plant!  The plant itself is almost toppling over under the weight of all of the keikis that it has produced.

This Restrepia purpurea ‘Rayas Vino Tinto’ specimen is having a well deserved break from flowering, after flowering almost non stop since the 8th February 2016.  The last flower I remember this plant producing, finished just a short while ago, at the end of November 2016.

This Restrepia sanguinea specimen is in the process of producing its second keiki.  This new, baby plant has produced the most beautiful leaf, of the freshest green colour, it’s simply delightful.

This Restrepia sanguinea specimen has been flowering profusely of late, which has been a joy to observe.

This Lepanthopsis astrophora ‘Stalky’ specimen still has some open blooms, and a few unopened buds remaining, but on the whole this miniature orchid is now coming to the end of its flowering period.  I have been overawed by the beauty of this diminutive miniature orchid and its cheerful, charming star-shaped, tiny blooms.  This specimen’s flowering over the past few months has been spectacular to see!

Here is a look at some of the last of the Lepanthopsis astrophora ‘Stalky’ blooms, for a little while at least.

BiOrbAir replied to my email the same day that I contacted them, they identified the problem that I experienced with the BiOrbAir’s misting unit.  My replacement misting unit arrived this morning.  So far, the ultra sonic misting unit is working perfectly – it’s wonderful to have this BiOrbAir working properly again.

Three tiny snails were removed from this terrarium today.

Another floriferous orchid that I have growing inside this terrarium is Restrepia purpurea ‘Rayas Vino Tinto’.

Over the course of last night and today, ten more tiny snails have been removed from this terrarium!  These tiny snails are becoming quite prevalent!

I only use rainwater in my terrariums.  The rainwater is strained immediately after it is collected, before it used inside any of my terrariums; this is a precautionary measure, to help prevent introducing any tiny creatures to my terrariums.  However as you can see, I still have snails residing inside my terrariums.  Luckily the BiOrbAir’s LED lights and clear acrylic globe enable me to have an unhindered clear view of the plants and mosses inside this terrarium, which makes spotting these tiny snails far easier.  It would have been impossible to spot these snails pictured above, which I have now removed from this BiOrbAir, if they were residing inside a traditional terrarium or glass bottle garden.

Other articles that may interest you…………

To read about the Writhlington Orchid Project, please click here.

To read about the features of the BiOrbAir terrarium, please click here.

To read about using decorative features in your terrarium or bottle garden, please click here. 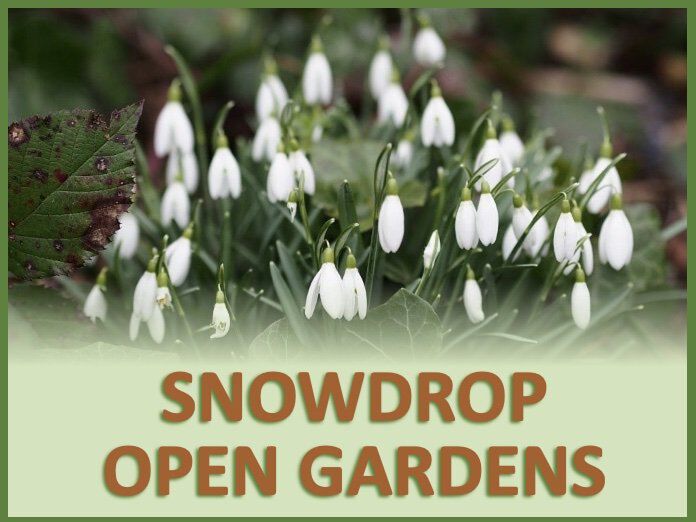 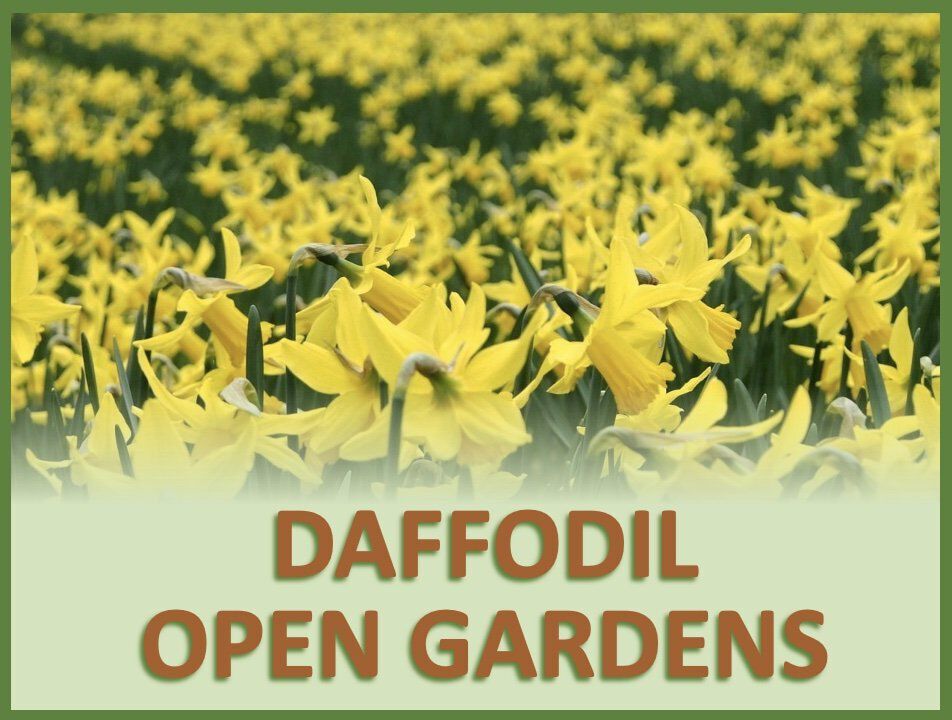