Runner beans are miraculous vegetables that will comfortably fulfil any gardener’s lofty ambitions to grow stunning plants that look attractive, flower freely, and produce an abundant harvest of delicious beans within a small space!

I am a self-confessed runner bean fan.  For years, I’ve been running Runner Bean Trials searching for the best tasting and most productive runner bean varieties and the optimum growing methods to cultivate these vegetables.

Experiencing the Joy of Spring in the Garden!

Spring is such an uplifting time in the garden.  As the days lengthen and spring flowers come into bloom, the anticipation of the wealth of flowers we’ll admire in our countryside and gardens over the coming seasons provides me with an abundance of reasons to be thankful.  If your garden is looking a little lacklustre at the moment, don’t worry – there are some delightful spring-flowering perennial plants available at nurseries and garden centres, which will brighten up our gardens this spring and in the years that follow.

One of the stars of the exhibit was the Salvia caymanensis, grown by John and Linsey Pink who hold a National Collection of Salvias.

I absolutely adore roses, their flowers can be everything I want in a bloom; roses can be sumptuous, glamorous, and luxurious, yet also relaxing and comforting.  I find the scents of my favourite roses feel uplifting and reviving.  Every year, I look forward with great anticipation to meeting the winner of the Rose of the Year Competition.

The RHS Chelsea Flower Show is a much anticipated event in the horticultural calendar.  It’s a week long celebration of plants that provides an opportunity to see plants face-to-face and discover nurseries’ new plant ranges.

I adore fragrant roses!  Each year, I relish meeting the new rose introductions from David Austin Roses, at the Chelsea Flower Show.

Posted on May 19, 2020
RHS Chelsea Flower Show Plant of the Decade

Back in 2010, Anemone ‘Wild Swan’ ‘Macane001’ was the winner of the RHS Chelsea Flower Show Plant of the Year Competition.

Last month, I published a lovely competition from Burpee Europe and Mr Fothergill’s who gave readers an exciting opportunity to name their first ever blight-resistant orange tomato!  Thank you to everyone of you who entered; it was tough to decide on a winner as we received heaps of super name suggestions for this interesting new tomato.  Our favourites were:

I always look forward to seeing Medwyn and Gwenda Wiliams, they’re such lovely people.  So, it was wonderful to be with Medwyn and Gwenda, to celebrate their amazing 12th consecutive Gold Medal win, for their incredible display of vegetables, at the RHS Chelsea Flower Show 2019!

It’s quite an amazing feat to produce full size vegetables at the end of May, when many growers haven’t yet sown most of their seeds and don’t dare to plant their tomatoes or anything tender outside, for fear of frost!

One of the loveliest things about the RHS Chelsea Flower Show is getting the chance to see amazing plants and having the opportunity to speak to plant experts.  If you’re interested in Rhododendrons and Azaleas, David Millais is the man to talk to.  David’s the Chairman of the Rhododendron, Camellia, and Magnolia Group, and the owner of Millais Nurseries in Churt, near Farnham, in Surrey.

RHS Chelsea Plant of the Year 2019

The RHS Chelsea Flower Show Plant Of The Year Award was first presented in 2010 to promote and celebrate the continuing work of breeders and nurseries in producing improved new plants.  The RHS Chelsea Plant Of The Year Award celebrates and recognises the exciting and diverse range of new plants which are launched at the Royal Horticultural Society’s Chelsea Flower Show, every year.

Jonathan Hogarth and his Hostas, at the RHS Chelsea Flower Show 2019!

I am always hoping to meet a new favourite plant at the RHS Chelsea Flower Show, but as well as plants, I enjoy finding some of my favourite people at Chelsea.  Jonathan Hogarth is one of my favourites; he’s utterly bonkers about Hostas!  Jonathan holds a National Collection of Miniature Hostas, he also runs Hogarth Hostas – a specialist Hosta nursery.

May is a wonderful month, enhanced by the uplifting serene, perfect green of all the wonderful new leaves, as they open on trees and shrubs, and the expectation and hope of the arrival of rose and peony flowers.  I love to see the first rose buds of the year developing on my favourite roses.

Dr Catherine MacDonald and the Seedlip Garden, at the RHS Chelsea Flower Show 2018

Garden designer Dr Catherine MacDonald devised the Seedlip Garden as a celebration of the pea – Pisum sativum.  The Seedlip Garden features peas and plants related to peas – plants from the pea plant family – Fabaceae.  This Space to Grow Garden also honours the work of three men and their work in relation to peas.  The first man that the Seedlip Garden commemorates is Gregor Mendel (1822-1824).

At this time of year, I love to see the new rose buds developing on my favourite roses, as they burst into life and produce the first flowers of the year.  At the RHS Chelsea Flower Show, I am always filled with excitement, as I meet the new introductions from David Austin Roses for the first time!

I’ve admired the work of Master Florist Henck Röling for a number of years now.  Henck Röling is a Master Florist and Artist, he works for some of London’s top florists; Henck creates weekly flower arrangements for the Ritz, Southerby’s, and Fortnum and Mason, to name but a few.  As well as at top London hotels and restaurants, you may have seen some of Henck’s work at Kew Gardens’ Orchid Festivals, where Henck has created an absolutely fabulous series of floral installations over the past eight years. 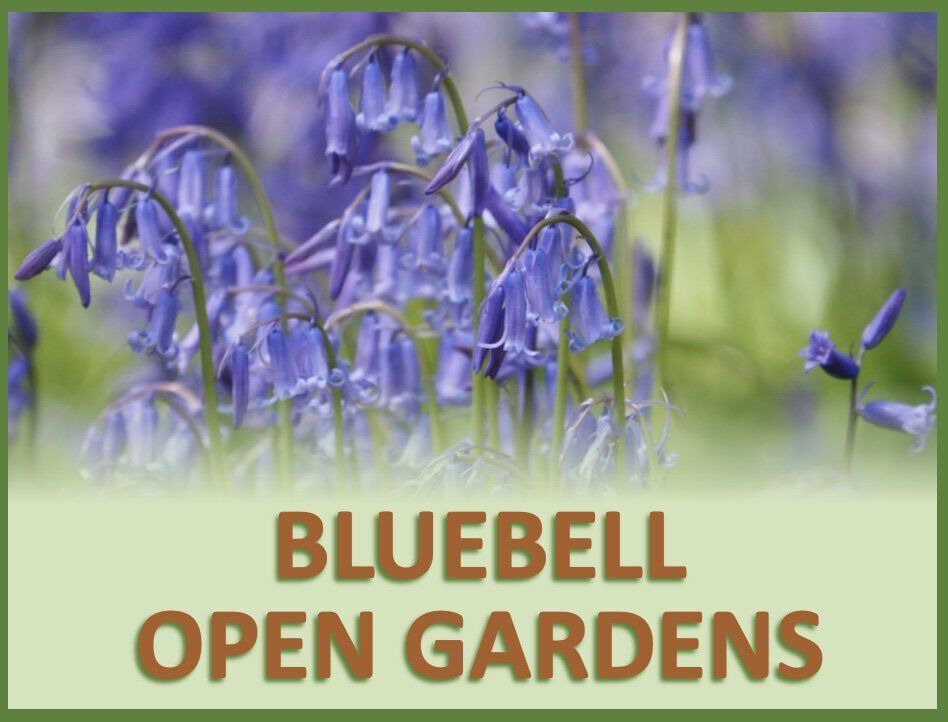 Gardening Advice for May: